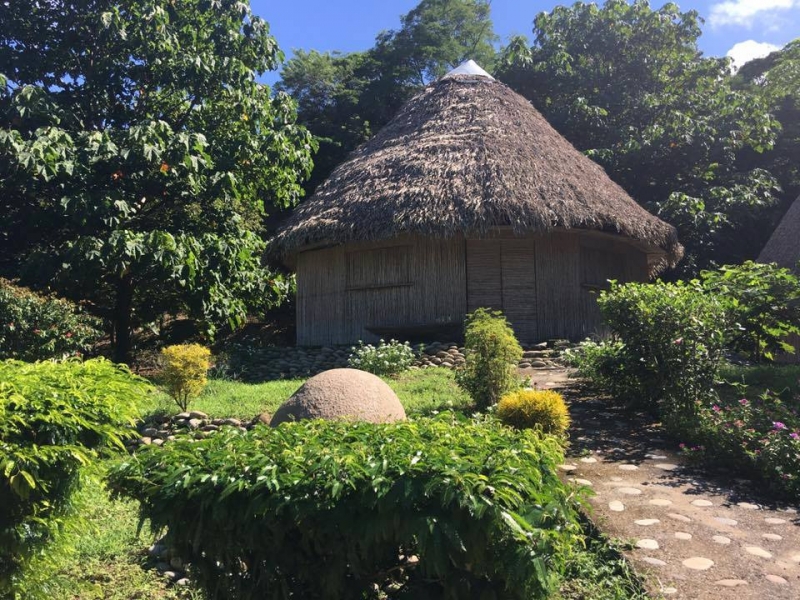 Participation
Due to the developing situation surrounding Coronavirus (COVID-19), it is with sincere regret that EU-LAC-MUSEUMS has decided to postpone our upcoming General Assembly, 23-28 March 2020.

Finca 6 is the second archaeological site open to the public in Costa Rica, along with Guayabo. It’s one of few cases with conserved residential constructions having associated stone spheres. Some of the spheres present are in situ, meaning they have never been removed since their discovery. It’s located in the community of Finca 6-11, in Palmar Sur of Osa, Puntarenas, on the Diquís delta. Lands extend over a vast plain formed by the confluence of rivers Sierpe and Grande de Térraba. Source: http://diquis.go.cr/en/visite-osa-sitio-museo-finca-6.html

Museo Comunitario de Boruca seeks to highlight the ancestral techniques of manufacturing and natural weaving of craftwork, weavings with threads, vines and the carving of masks. It also aims to revitalise the traditional culture of Boruca. The museum’s building itself is an example of the type of ranch that was used in ancient times as a traditional housing of indigenous people. Source: https://eulacmuseums.net/index.php/costa-rica-2/details/5/30

Museo Comunitario Yimba Cajc is made by the community and for the community, where the memory of the people is told with the voice and work of its own inhabitants. Its architecture represents the different historical moments of housing in the community and, like the museography, it is the product of the talented work of artisans and builders of Curré. It also represents a window to the pre-Columbian past, which is complemented by the stone spheres that protect the entrance to the museum. It also displays the origins of the community, the life of its first settlers and the struggles for the autonomy of the indigenous territory. Source: https://eulacmuseums.net/index.php/costa-rica-2/details/5/32
Place
Finca 6
Country
Costa Rica
Start date
2020-03-23
End date
2020-03-27
Type
General Assembly
Organisation
University of St Andrews
PDF document
+ Info